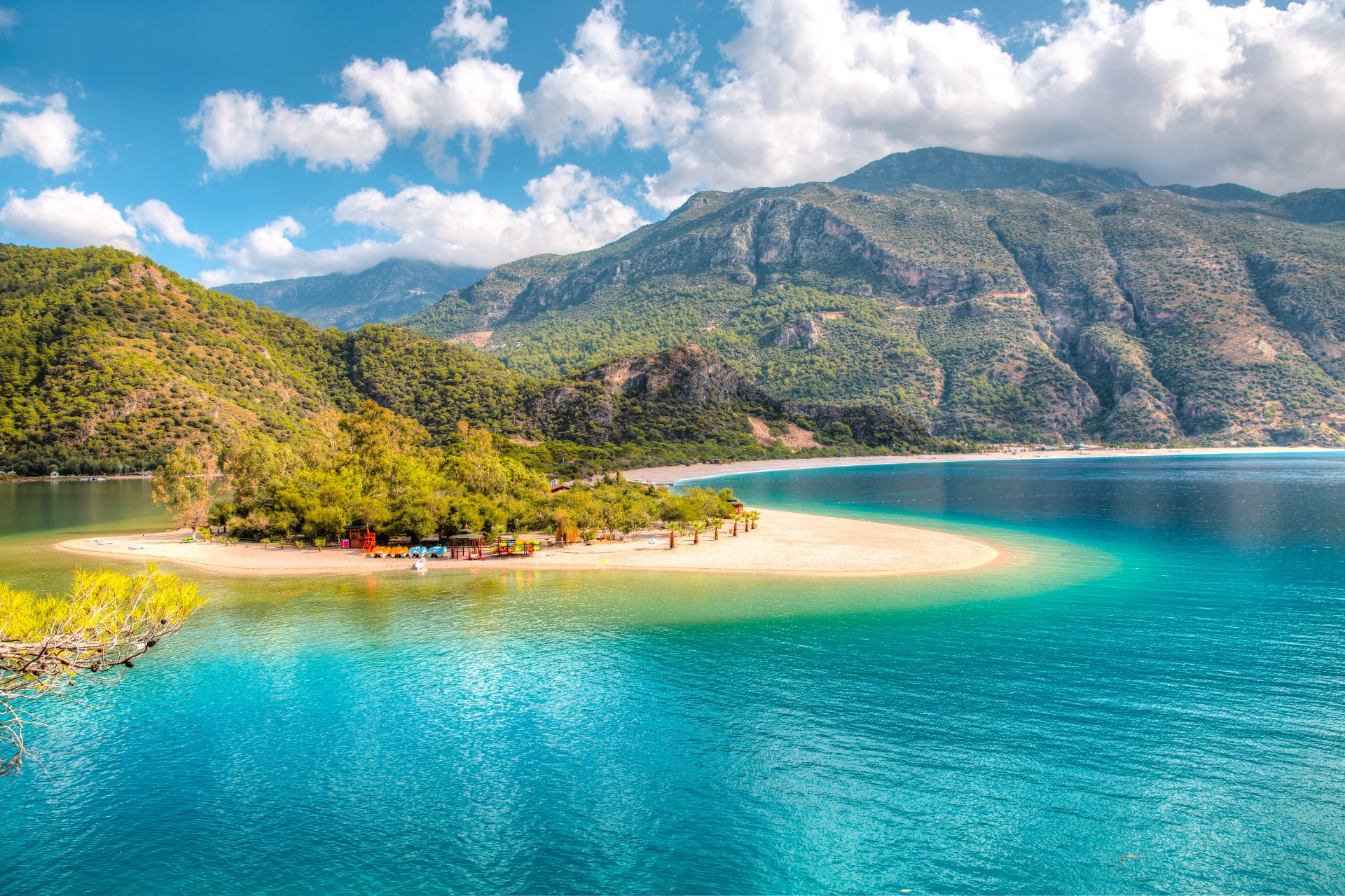 Charter a Yacht in Turkey

Your Luxury Yacht Charter to Turkey

Turkey: a country whose modern geography spreads its rich land over Western Asia and the Balkan Peninsula in Southeast Europe and its past roots twisting back to ancient Greece, Persia, Rome, and the Byzantine and Ottoman empires has handed it centuries-worth of diverse civilizations who have left their mark on Turkish culture in the form of ornate mosques, elaborate palaces, preserved ruins, and remnants of great cities.

As it rests next to Greece, Iraq, Syria, and Bulgaria, with the Sea of Marmara separating it from Anatolia, Turkey’s geographical situation has long been one of its major draws.   It’s encircled by sea on three sides, and with the lakes that fill its interior, there’s lushness to its land that breeds a level of biodiversity unlike anywhere else. Here, life explodes, and the number of its animal species is well over 80,000, roaming its forests, its mountains, valleys, hills, and coastlines. Undoubtedly, the nation is one of great beauty, a fact that can be said kind by the hand of both nature and man.

What better place to start than Istanbul? No, it’s not Turkey’s capital, but the city is the largest in the nation, bursting at the seams with mosques, markets, bazaars, and palaces, a cultural touchstone whose Old City was once the site of rulers of empires past. The Blue Mosque, opened in 1616, can’t be missed as its 6 minarets can be spotted, as they stand tall next to the massive place of worship. It’s one of the most well known sites in Turkey, lined with lush red carpet and blue interior tiles that give the mosque its colloquial name. In a former Byzantine church and mosque is the Hagia Sophia Museum, filled with shimmering mosaics of Biblical scenes beneath an expansive dome, and the Topkapi Palace Museum is a vast, 15th-century palace once occupied by sultans for nearly 400 years, brimming with Ottoman treasures. The Istanbul Archaeology Museums keep an excellent record on the country’s long history of its many civilizations and discoveries with displays of its archaeological finds.

The beat of Istanbul hits its rhythm at the Grand Bazaar, a maze of souks and an intertwining network of market streets with vendors selling handmade crafts, gifts, and goods. The Roman roots of Istanbul’s past are made evident at the Basilica Cistern, a restored underground water source where 336 marble columns help support the 9,800 square meters of waterworks. Speaking of waterways, there’s Bosporus, a continental strait that separates Europe from Asia, and an ideal way to spend an afternoon on a boat tour, taking in the cityscape. Be sure to grab a bite to eat at Galata Tower, a restaurant derived from a 5th-century tower and former prison for a unique experience, investigate the thumping nightlife of Taksim Square, see the remnants of an ancient hippodrome at Sultanahmet Square, and visit the bustling hub of Golden Horn.

Outside of Istanbul and elsewhere in Turkey are natural astonishments that cannot be missed, like Pamukkale, a town in the west renowned for its thermal waters that flow down snow-white, tiered terraces on a nearby hillside. It’s such a striking scene, you aren’t sure if it’s something out of the arctic or paradise. Kekova, or Caravola as it’s sometimes called, is a small uninhabitied island in Turkey’s southern portion where ruins can be found beneath clear, aquamarine waters. Sail, kayak, and explore its historic shores, climb its stoic, craggily bluffs, and discover the secret waterfalls on this mysterious island. Visit Lycia, once a political region in Anatolia and still containing pieces of Turkey’s intricate past, visitors can see the rock cut tombs on the faces of its stony cliffs, the ruins of an ancient Greek theater, and elaborate inscriptions and carvings scrawled into rocks, all an eerie reminder of a civilization past.

Turkey is home to sites that have shaped the course of human history. The remnants Temple of Artemis, a former wonder of the ancient world, rest on Turkey’s western coast, and could have been the first building to ever have been constructed out of marble. The House of Virgin Mary, located on Mt. Koressos, is a humble stone chapel and pilgrimage site, said to once have been the home to the Virgin Mary after the death of Jesus. The landmark, columned ruins of the Library of Celsus still stand nearby, an ancient library built in the 2nd-century. Hadrian’s Gate in Antalya is beautifully intact from its 130 CE construction built to honor Emperor Hadrian’s visit with its 3 arches, the last that remains of the surrounding walls of the city and its harbor. Another archaeological site can be found in Bodrum, Turkey—the Mausoleum at Halicarnassus, where ruins are preserved from 350 BC of the unearthed, massive tomb of Mausolus.

Düden Waterfalls, reaching 131 feet, are formed by recycle station water just miles away, but make for an impressive thundering of power down the tall cliffs in the province of Antalya. Soumela Monastery in the northeast of Turkey sits on Melá Mountain in the Pontics Mountain range, serving now as a museum of religious history but also as a testament to its original construction in the 4th-century and function as a working monastery until 1925. And as a country dedicated to all of its seasons, Turkey has Uludağ, a mountain and ski resort not without its ancient past as Mysian Olympus. Its name means “great mountain”, a reference to its astonishing peak that reaches 8,343-feet. Hikers can take the trails of Lycian Way, a popular, yet challenging 335-mile journey along Turkey’s stunning coast that takes trekkers the scenic way through ruins and the best of its landscapes.

Embark on a Private Luxury Charter to Turkey

Turkey has been crafting its cultural identity since man began building structures. Its boundaries has shifted, its rule has been hotly contested by bickering empires, its name has changed, and its governments swiftly replaced from one century to the next, but one thing has remained the same: its land. Bursting with life and natural beauty, Turkey has always been a country blessed by Mother Nature, and in its current state, its complex past has served it by dotting its landscapes with mysterious ruins, gorgeous mosques, and impressive architecture that only make it all the more enticing.

VIEW ALL YACHTS IN TURKEY