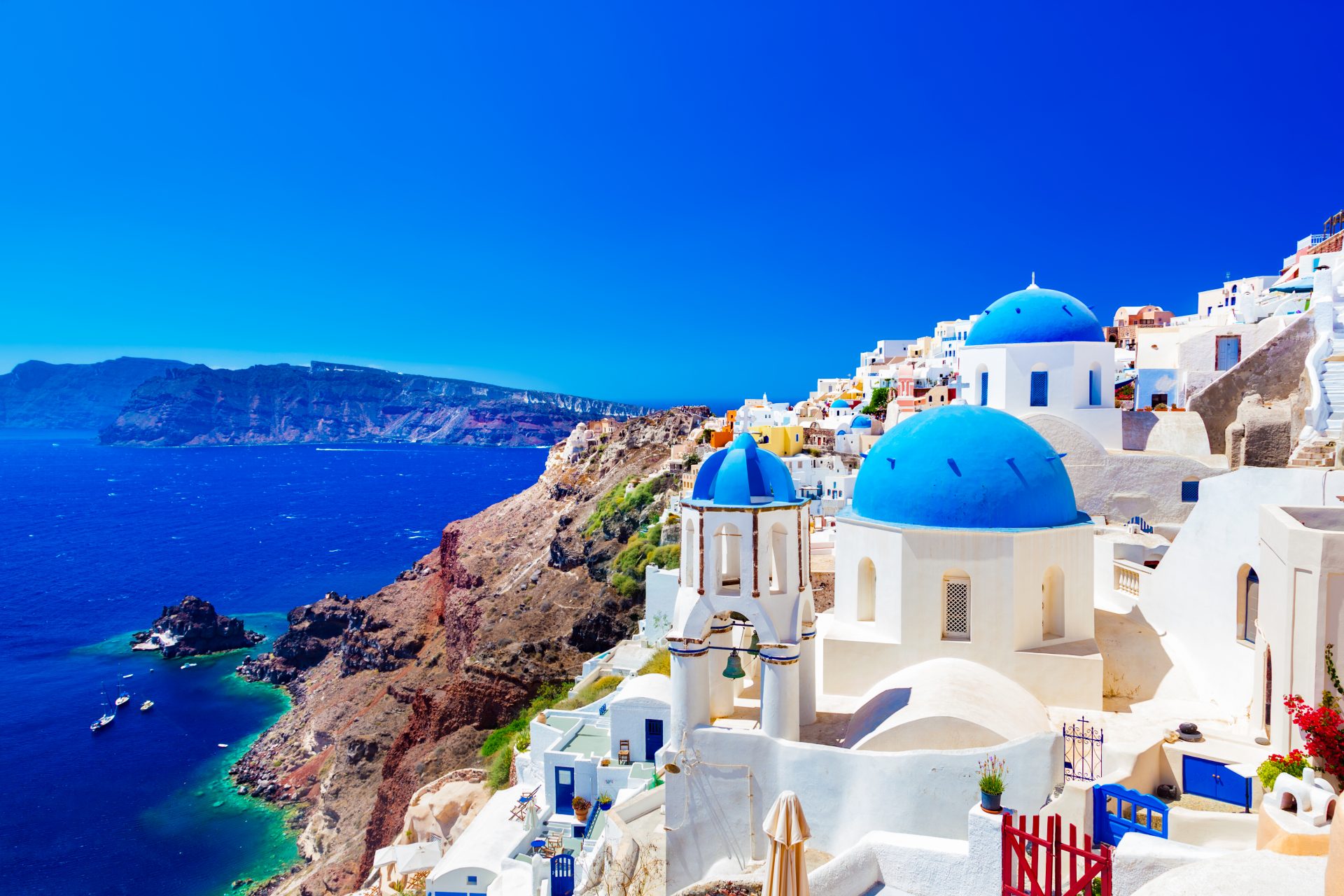 Charter a Yacht in Greece

A Luxury Yacht Charter Through Greece

We were born out of Greece. The cradle of Western civilization, the birthplace of our convictions, the foundation of our governing principles, and the fabric of our societal structure, woven within our literature, sciences, mathematics, and philosophies.

Its once domineering influence became vestigial in modern times, but its nature remains ethereal, as if the gods themselves crafted its slate cliffs, rugged islands veiled by bright green vegetation, blessed the still-standing structures with perpetual life, and set the sovereign state in rich blue-green waters beneath sapphire skies.

Greece is a testament to human strength, as ancient buildings mark the progress of a civilization barred by absence of technology but free in the expression pure will and pursuit of achievement. The Acropolis of Athens, the Parthenon, the Temple of Zeus, the Mycenae, the Ancient Agora of Athens, Akrotiri, the Erechtheion, the Odeon of Herodes Atticus, the Theatre of Dionysus, Knossos, the Temple of Hephaestus, the Panathenaic Stadium, the Palace of the Grand Master of the Knights of Rhodes—the list of artifacts, ruins, restored landmarks, and archeological sites is as impressive as it is daunting. Walk through archways constructed centuries ago, admire weathered stones that formed theaters, temples, palaces, and tombs, stubborn and seemingly incognizant of time itself.

Greek museums display their coveted wonders of the ancient world in a modern setting. Visit the National Archaeological Museum to catch glimpse of the art, sculptures, metalwork, pottery, and jewelry of centuries past, walk through the Benaki Museum, the mansion of an art collector transformed into a museum and tribute to Greek culture through the arts. Find yourself at the Acropolis Museum for centered exploration of artifacts unearthed from the Acropolis archaeological site, and familiarize yourself with Cretan history at the Heraklion Archaeological Museum.

Tales of a famed shipwreck will lead you towards Navagio, a cove reached by boat through turquoise waters, between looming cliffs and a pebbled beach. Talk of Antipaxos will draw you towards the island on Greece’s western coast via sea-taxi, where its three aptly named beaches await you: Vrika for white sand, Mesovrika and Voutoumi for pebbles. In Porto Katsiki, a sliver of beach sits beneath the broad face of a concave cliff on Ionian island of Lefkada, Greece. Pale stone stretches upward into the skies, tapering to rounded rocks that reach into perfect blue waters; an area once said only goats could foot.

Corfu and its distinct terrain with mountains falling into low-lying plains, and shores carved with beaches, lagoons, and limestone coves. The satellite islands of Diapontia and Lazaretto flutter nearby in crystal waters. Music fills the streets of Corfu—its songs are interwoven with its traditions, proudly ringing out during festivals and impromptu performances. These Ionian Islands with Corfu in the forefront are bound to Greece’s mainland through a history thronged with battles, conquests, and the inexorable beliefs of Greek mythology. The rich past punctuates the land in forms of statues, museums, libraries, and remains of architecture.

Indulge in Greek food, a cuisine beloved by the rest of the world, but only prepared with such justice by the hands of its locals. Dip your warm pita in taramasalata, a blend of fish roe with a bread or potato base, with a drizzle of olive oil or squeeze of lemon atop, or its cousin, tzatziki, where yogurt meets cucumber and garlic for a refreshing taste. Lightly fried courgette balls make for delectable starters. A blend of dill, mint, and undiscoverable spices, these fritters awaken taste buds with a punch of freshness in each bite. Fresh seafood, of course, is caught on the daily. Splashes of lemon and olive oil are the only ingredients required to tantalize the mouth.

Simplicity marries perfection in the elixir of Greek food: olive oil. Since Athena gifted Athens an olive tree, Greeks have a millennia of experience in the craft of olives. Dolmades reflect the mood of the chef and whatever time-honored family recipe they are created from. Classically prepared dolmades are minced meat bathed in the region’s spices, wrapped in a vine leaf parcel or a hollowed pepper or tomato, left to bake in the oven as the flavors run together under its heat.

Blue roofs top pearl-white buildings in Imerovigli, a village on the island of Santorini. Take a cable car to witness a sunset that dazzles as it fades into the sea, or climb Skaros Rock, but certainly make time to visit the remains of a Venetian Castle built in the dawn of the 1200s. Mount Olympus, the regal formation claiming the title of highest mountain in all of Greece, where ancient Greeks thought it to be the seat of the twelve gods, adding a layer of intrigue as you venture through the Olympus National Park.

Follow one ruin to the next as you travel across Greece, where the sea rises to greet the whitewashed cliffs, where the buildings of villages crowd together as one continuous mass. Bungee jump off of the Corinth Canal, set sail to Spinalonga, the uninhabited inlet where a Venetian fortress still sits, hike Pelion, the seaside peak resting in its serenity, walk the feathered sands of Myrtos Beach, and sit in a restored amphitheater, as the Greeks did hundreds of years ago.

A charter to Greece is more than a holiday—it is a pilgrimage. Return to your roots, where even if you’ve never been, you’ll feel at home. Navigate its ancient sites, whose impeccable preserved structures will resonate a deep connection to the not just nation’s past, but a closeness to the origin of our Western world. A charter to Greece, sculpted from the cliffs, by gods or men, or perhaps both, immersed in clear waters, formidable mountains, and shores rivaling those in the Caribbean, beneath a beaming sun, is transforming. Let it pull you in as you discover the place where it all began.

VIEW ALL YACHTS IN GREECE