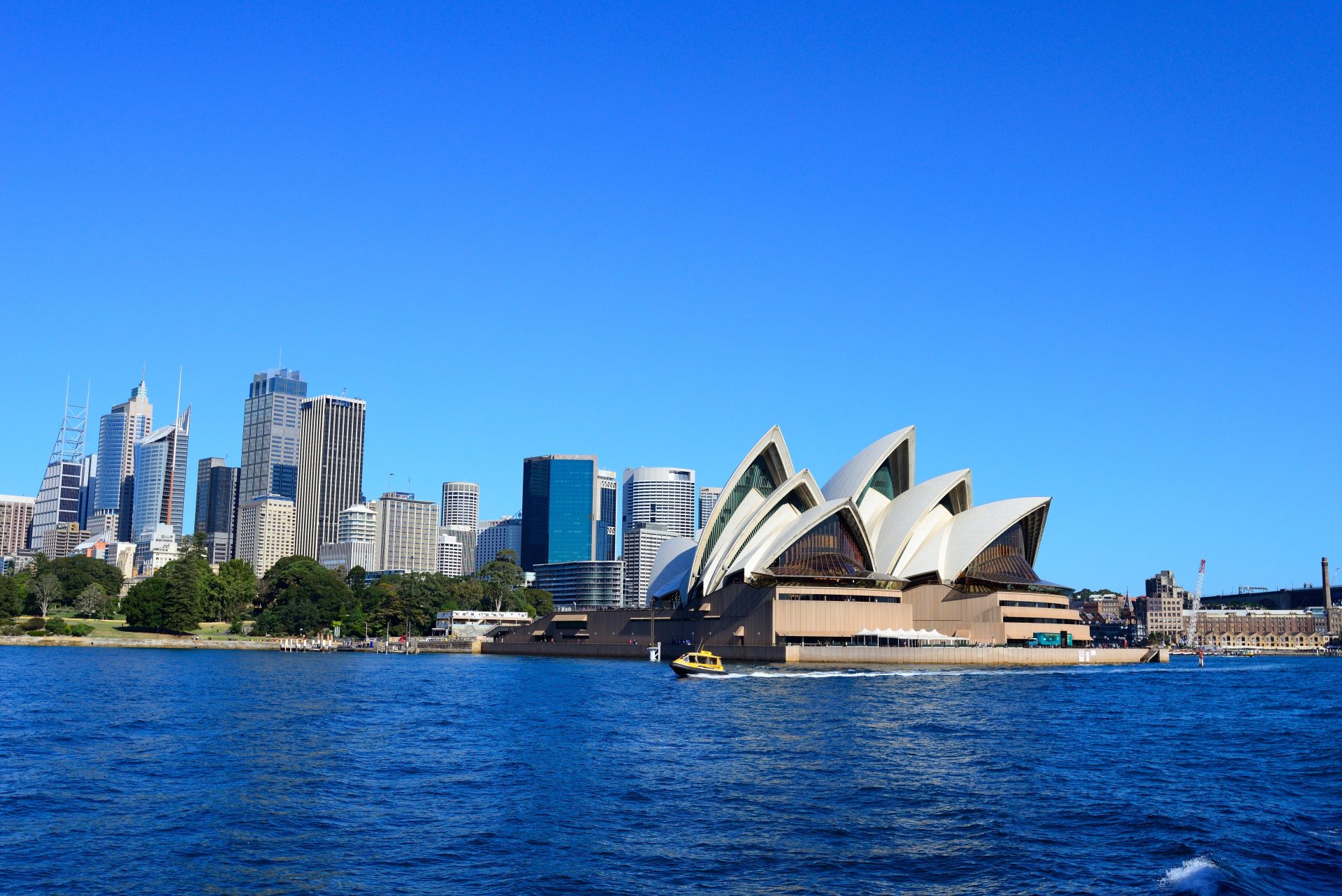 Charter a Yacht in Sydney

A Luxury Yacht Charter to Sydney

Sydney, Australia: a metropolitan city on the international forefront in global economics, industrial sectors, the world financial markets, all while leading the ranks as one of the most livable cities as deemed by the Mercer Quality of Living Survey in 2018. Because Sydney is home to numerous significant corporations, foreign banks, and multinational industries, the city throws its weight in every facet of international domains imaginable. It’s a city that has toiled to strike up the esteem that imbues its very reputation, demanding it since the days of Sydney’s dark origins as a penal colony.

Sydney’s tapestry is utterly unique, something the first Europeans would come to find in April of 1770. Indigenous Australians had already called this land their home, and prior to the arrival of the British, their tribes and clans were there 30,735 years ago, although later, it would be determined from stone tools that indigenous Australians had human settlements predating even that. So when Lieutenant James Cook landed at Botany Bay on the Kurnell Peninsula, the Gweagal clan was there, causing an air of hostility mixed with confusion. This interact would set the tone of the strained and often violent relations between the British settlers and Aboriginals, an inescapable part of Sydney’s past that still casts a shadow on its modern culture.

Chalk full of iconic landmarks, Sydney leaves one impression after another. But for a starting point in this endlessly deep dive of a city is its prominent harbor front where the equally famed Sydney Opera House sits in stark white, with its sail-like design. Behind it is the tranquil green space of the Royal Botanic Gardens, a brief escape into nature with Sydney’s modern skyscrapers a stone’s throw in the distance. Around the bend and across from the Opera House is Mrs. Macquarie’s Chair, a sandstone bench carved from the hands of convicts themselves back in 1811 for the then-governor’s wife, complete with unobstructed views of the sparkling u.

Nearby is the Museum of Contemporary Art Australia, where international collections of modern art are housed in a piece of art itself—a waterside art deco building. And for a centuries-throwback, visit St. Mary’s Cathedral, an epic, Gothic-style church comprised of local sandstone, built in 1821. And travel back in history to witness a replica of Cook’s Endeavor among other impressive naval vessels at Australian National Maritime Museum. The Museum of Sydney, a brisk walk from the Royal Botanic Gardens, has the remains of Sydney’s archaeological past on display, as well as its first Government House built in 1788.

Climb 200 stairs through historical exhibits to reach Pylon Lookout, your hard-earned reward of panoramic views of the city, or similarly, climb the catwalks and ladders of the Sydney Harbour Bridge with BridgeClimb Sydney, your chance to steal sweeping views of the harbor and all of the iconic landmarks that line it. South of the Opera House is Hyde Park, Australia’s oldest public park space, an expansive green area dotted with statues of famous Australians.

Outside of the bustle of the towering cityscape are the sweeping grasslands and chirping forests of the Royal National Park. Hikers can take to the cliff sides by trail, which peak out from the thick forests to offer glimpses of the ocean below. And if the nature of Australia’s shifting landscapes has undoubtedly caught your undivided attention, travel still to Cockatoo Island, located at the union of the Parramatta and Lane Cove rivers in Sydney Harbour. You’ll also catch a breath of fresh air at Shelly Beach, a rocky spot ideal for snorkeling and scuba diving located in Manly, a suburb of Sydney, and at Manly Beach, a recreational go-to for locals.

Surfing is a staple for the Australian way of life, and many Sydneysiders hit the steady waves of Bondi Beach, a beloved, wide piece of white-sand beach in the shape of a crescent. Nearby, there are staggering cliffs with a Bondi to Bronte Coastal Walk, a short hike between Sydney’s most iconic beaches along the backs of the bluffs. At Ku-ring-gai Chase National Park, Australia reaches back to its Aboriginal roots with protected sites—more than 350 across this epic, sprawling bush land. At Sydney Harbour National Park, Australia’s world-recognized marsupials roam free across vast open lands as hikers immerse themselves among the wildlife—the true Australian way.

Sydney is not without its modern big-name attractions, either. There’s Wet’n’Wild Sydney, a massive waterpark complete with a multitude of slides, rides, and a lazy river, Bondi Icebergs Club, the winter swimmers club near Bondi Beach, Sydney Olympic Park, the enormous sports and entertainment complex in West of Sydney, the Queen Victoria Buidling, a 19th-century, George McRae-designed building starring several stores in a Romanesque style manner, and Luna Park Sydney, an amusement park reopened back in 2004. Sydney shows its affinity for its wildlile, too, with Wild Life Sydney Zoo, Sea Life Sydney Aquarium, Taronga Zoo Sydney, and Koala Park Sanctuary Sydney.

Busy markets make up sunny mornings in Sydney, and locals and visitors have their pick—there’s The Rocks, a hip, open-air market space in the shadow of the Sydney Harbour Bridge, the Sydney Fish Market, a large marketplace with fresh catches, restaurants, and the aromas of baked goods filling the streets, Chinatown Sydney, an integral part of the city’s ethnic collective, and Paddy’s Market Haymarket, a long-standing, Sydney favorite that has a little bit of everything.

A continent, a country, a culture—there’s nothing about Australia that’s pint-sized, except maybe the cold beers served up in their cheerful pubs, but one thing’s for certain, a trip to this boisterous country demands a visit to Sydney, arguably it’s greatest city (although Melbourne will have a few words about that). It’s the pinnacle of Australian cultural achievements, a testament to their endurance, and recognition of their reckoning with a past steeped in violence with a resolution for a brighter, peaceful future in union with Australia’s indigenous peoples.

Sydney is a global city with cosmopolitan credentials. Iconic beaches, glittering architecture, and world-renowned surf are just some of the reasons that make this such a popular destination.

Legendary beaches such as Bondi, Coogee and Manly sit among modern city culture, where Michelin starred restaurants serve a range of international cuisine.

Away from the city, hidden coves and beaches make for the perfect adventure location, and the marine life found here is among the most colorful and diverse in the world.

A number of annual events take place in Sydney, making this the most vibrant and dynamic destination for your next charter vacation.

One of the Seven Wonders of the Natural World, this… 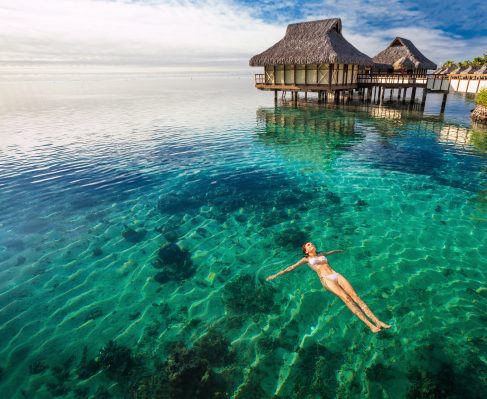 An island in French Polynesia, Tahiti embodies your daydreams of…

VIEW ALL YACHTS IN SYDNEY