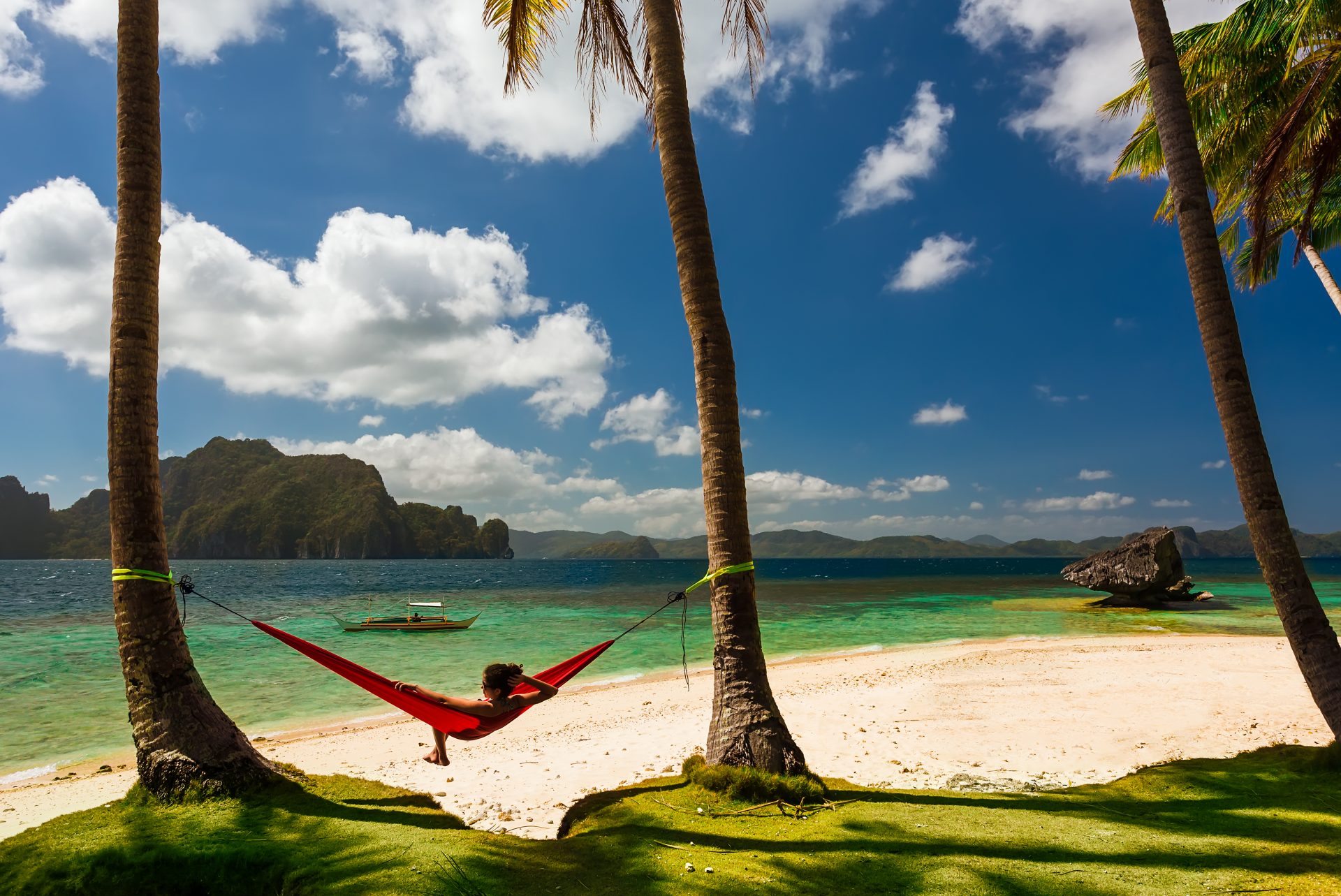 Charter a Yacht in Philippines

The vast archipelago boasts a host of things to see and do, and these tropical islands are an extremely popular destination among the super yacht set.

Whether seeking the hustle and bustle of local culture, or the serenity of a solitary hideaway, there’s something for everyone. Friendly local people welcome tourists with open arms, and many towns have a wide variety of cuisine and nightlife to offer.

For those that seek thrills, why not try swimming with sharks, or snorkelling with the eclectic mix of marine life found here.

A Luxury Charter to the Philippines

Cradled in a cauldron of land cloaked in steamy temperatures, pulsating with geothermal activity, and covered with tangles of jungles is a collection of 7,641 islands known to the world as the Philippines, an archipelago totaling over 115,000 square miles.

The country has a promising future, having ranked as the eighth-most populated country in Asia in 2018, and the 12th-most populated in the world, and takes immense pride in its national identity born out of its roots as a long-serving part of the Spanish Empire and struggle for independence. The peoples of the Philippines are as diverse as the lands they call home, inhabited by over 175 ethnolinguistic nations melding together in communities that celebrate the art of language, foods, religions, and cultural traditions that prevail even in modern day.

Charter to the Philippines as it sits on the Pacific Ring of Fire, navigate through its intense, striking collective of islands that make up this singular archipelagic country in Southeast Asia, and witness for yourself the stuff of life that unites its peoples.

Plan Your Private Charter Itinerary to the Philippines

If secluded islands baked beneath the Pacific sun sound like an idyllic afternoon, then sail no further than Boracay, a small island rimmed with a dove-white beach, lazy palm trees, beach bars, and restaurants with a view, or to Panglao Island – an isolated slice of paradise suited with secret swimming coves, tucked away caves, and hidden falls. Take a dip in the crystal blue waters of Siargao, a teardrop island where waves attract surfers and swimmers alike, or kick your feet up at one of Mactan’s many luxury seaside resorts.

For prime diving, jump into the waters of Coron Island, a rugged island home to WWII wreckage sites, underwater caves, and busy reefs. Speaking of reefs, the Tubbataha Reef is the liveliest and one of the most diverse spots in the world. Teeming with sharks, turtles, exotic fish, rays, and countless other marine life species, the Tubbataha Reef is renowned, known as the premier diving and marine research hotspot.

Kalanggaman Island is a dream. A short spell of sugar white sands and bright blue waters as clear as glass, spending an afternoon on Kalanggaman is the dose of reprieve the doctor ordered. Of course, the same can be said of Alona Beach, a bustling spot perfect for diving or lying on its sands, or Pescador Island, known for the mystifying whale shark moseying around its waters, or Big Lagoon, where you can spend your day crabbing, fishing, boating, swimming, or birding.

You can expect a few volcanoes on the Pacific Ring of Fire. Hiking through Mount Pinatubo’s dense forest with winding trails to its deep crater lake feels prehistorically exhilarating, and swimming in Taal Lake, a lake cupped in an active volcano, will undoubtedly get your heart racing as well. Mount Apo, a stewing, active volcano, is also the highest mountain in the Philippines, with a thriving tropical forest, gushing geysers, and thundering waterfalls.

At Cebu Taoist Temple, see the intricate and impressively concocted architecture by Cebu’s strong Chinese community, built in 1972, and in Manila, see the Manila Cathedral, a historic basilica built in 1571 known for welcoming popes as well as its ornate designs. Be astounded at Chocolate Hills, a wondrous geological formation in the Bohol province where over 1,000 perfectly rounded hills rest like the backs of curled up cats, napping in the sun. Head underground, beneath the earth, to Puerto Princesa Subterranean River National Park, where you’ll feel as if you’re traveling along the echoed, still caverns of River Styx, seeking out secrets in underground caves in these lonely subterranean tunnels.

Catch glimpse of Filipino history in Magellan’s Cross, the physical denotation of the birth of Christianity, erected by Spanish explorers in 1521. At Fort Santiago, see the iconic citadel and defensive fortress that doubles as a museum and monument in tribute to national hero, José Rizal. Turn to the Basilica Minore del Santo Niño de Cebu, a quiet church resting beneath a red roof, dating back to the 1500s, known throughout the nation for its revered statue of Jesus in his youth. At Cagsawa Ruins, investigate a 16th-century church tower with impressive views of nearby formidable Mayon Volcano.

Go modern at the SM Mall of Asia, a massive shopping mall that sprawls along the bayfront, even equipped with an equally monuments amusement park, a theater, and a slew of restaurants to ensure boredom remains unknown to its guests. The Philippines proves that its manmade amazements are comparable to its natural ones with things like Burnham Park, an expansive park with an artificially crafted lake, well-manicured gardens, and a skating rink prime for hosting big events. At Subic Bay, explore the former U.S. Navel base now ripe with pristine beaches, lively amusement and theme parks, curious aquariums, and the ever enticing duty-free shopping.

Mines View Park attracts hikers and scene seekers to its observation decks, views of its town, and for those after more desolate spots, its abandoned gold and copper mines. Natural beauty is in the clouds at Mount Pulag, Luzon’s highest mountain that scrapes the sky. Hike to its summit and walk quite literally on Cloud Nine. On Pico Osmeña, immerse yourself in green-blanketed mountains bursting full of the life of the Philippines. The surrounding waters are home to nosing whale sharks, with deep canyons that catch the droplets of a setting sun in its crevasses.

Hoist Your Anchor: Your Private Luxury Charter to the Philippines Awaits

With a location called the Pacific Ring of Fire, you know that you’re charter into the Philippines will be one into exotic, dramatic lands filled with the striking landscapes, famed ruins, and fierce volcanoes so unreal, you’ll have to see it for yourself. Clear skies clash with Pacific waters, warm to the touch, and defiantly turquoise in hue, with marine life teeming its expansive reefs, and beaches bleach-white, calling for you for another walk at sundown.

VIEW ALL YACHTS IN PHILIPPINES