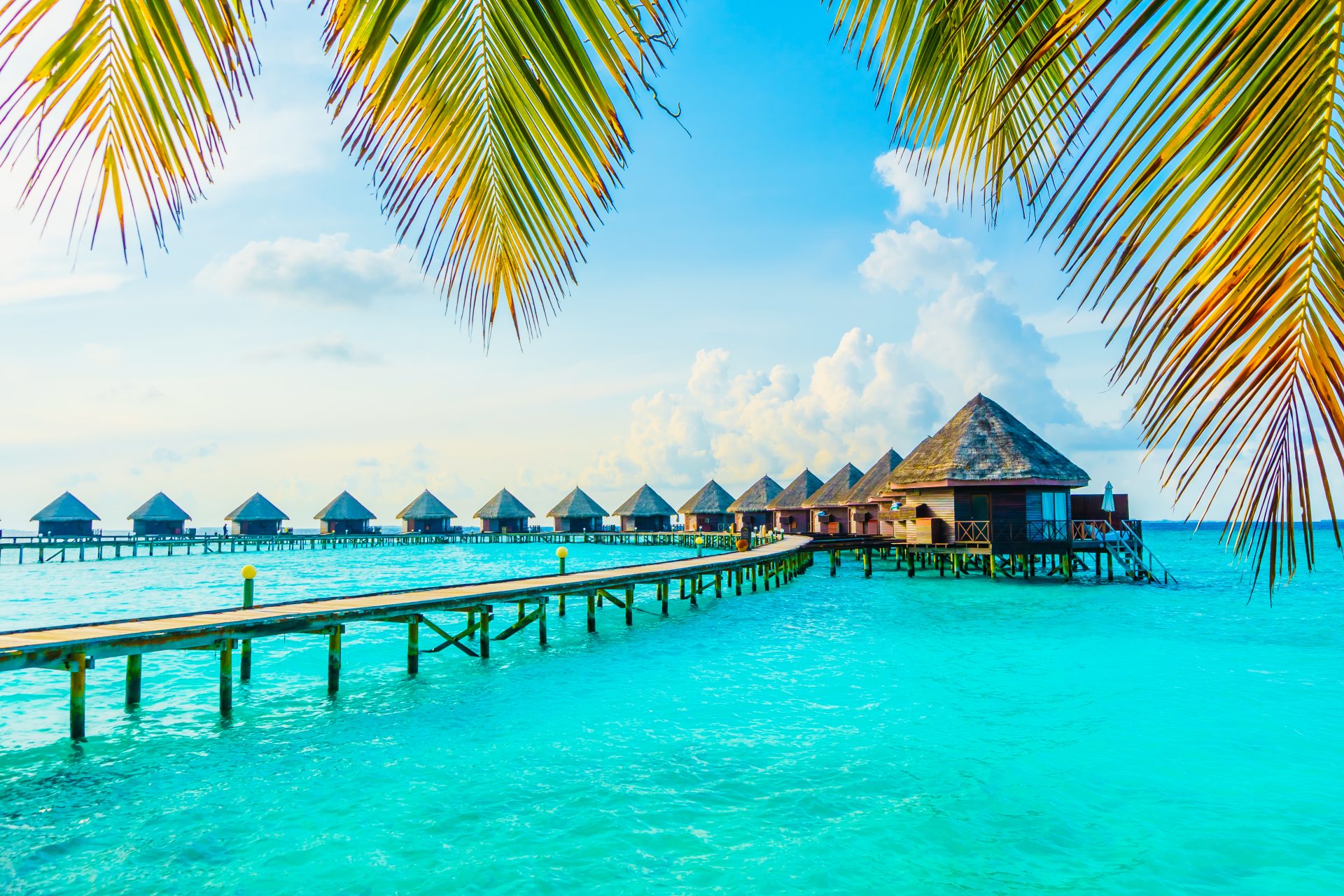 Charter a Yacht in Maldives

A Luxury Charter to Maldives

Imagine paradise—what do you see? A clear blue sky with enormous, white clouds rolling over an island framed by beaches so white it could be made from pearls. Waters bluer than sapphires wash against the shores, in rhythm to the steady breeze that brushes lightly against palm trees.

Below India and Sri Lanka, 620 miles into the Indian Ocean lies the twenty-six atolls of the Republic of Maldives. It’s the world’s most geographically dispersed sovereign state.

This “garland of islands” has a history intertwined with India and its surrounding regions, but the nation truly blossomed during its critical Buddhist period that spanned for nearly 1,400 years. Remnants of this transforming time in Maldives’ history can be found in the form of Buddhist stupas, monasteries, temples, and archaeological discoveries. Maldives then shifted to a period of Islam, a conversion attributed to the influence of Arab traders, but soon after, the colonial period emerged, spiraling Maldives towards the hands of the British.

But today, the Maldive Islands are politically independent, a declaration achieved in the recent past of 1965. An atmosphere of peacefulness has settled across the islands, paving the way for prosperity, where the islands’ economy flourishes from fishing and the curiosity of its unparalleled lands that feeds its growing tourism.

Planning an Itinerary for a Maldivian Private Charter

The necklace of the Maldives is made of 1,192 coral islands, each gem as beautiful as the next. Malé, the most populous city, and Maldives’ bustling capital, is built on the King’s Island. This is where the entire city is condensed by the island’s natural barriers and looks as if its buildings are floating on the sea itself. Only in Malé will you be able to catch such a privileged glimpse of Maldivian culture and history, through its mosques, fish markets, museums, parks, and artifacts of its past.

Navigate the dense city of Malé to its National Museum, where the artifacts of the many phases of Maldivian history is waiting to tell you their rich stories. Walk past the surreal, pastel colored buildings in this city-paradise to find Hukuru Miskiy, also known as the Malé Friday Mosque.Built in the 1600s, this bone-white mosque serves as Malé’s tribute to the sea, as the mosque was crafted from coral boulders. Mulee-aage Palace proudly stands, where a lifetime ago it served as home to Sultan Mohamed Shamsuddeen III, but now, it hosts the Maldivian president.

While on Maafushi, life is laidback as the idea of island times prevails. When you aren’t relaxing on its white beaches and wading through its dazzling turquoise waters, you may find yourself staying at one of the island’s many guest houses or visiting its dive centers, where you can sign up for a day of scuba-diving, snorkeling, and sailing.

105 individual islands await you in the Ari Atoll, twenty of which are designated tourist hot-spots. Here, you can pack your day full of scuba-diving amongst Spinner dolphins, exotic, fish, patches of coral reef, and hundreds of other tropical marine life. If it’s possible to be all oceaned-out, plenty of recreational facilities exist, including tennis courts, beachside views and bars serving up fruity drinks to compliment a day spent on these glorious islands.

The prosperity of Maldives was impressive enough to demand the creation of an artificial island to pave the way for its nationwide growth. Hulhumalé was officially welcomed into the family of Maldives islands in 2004. The man-made island marries European influences and Maldivian culture as the city is meticulously planned with wide busy streets, boutique hotels and restaurants serving traditional Maldivian food.

You’ll find that Maldives is graciously hospitable to its guests. Several of the islands cater towards visitors, like Kuramathi, a one mile long resort island with iconic beach huts whose front doors open right up to the sky-blue ocean waters. Meeru Island has similar huts standing in warm waters and welcomes tourists with a selection of restaurants, bars and shops. Then there’s Rangali, known for its famous restaurant, Ithaa, where diners can enjoy their meals sixteen feet below sea level. Don’t forget Muraka, the world’s first underwater hotel villa.

Maldives is the perfect atmosphere for romance. Love is in the air in Bandos, an island that is seemingly made for honeymoons. Velassaru, too, is the ideal spot for lovers, with serene stretches of white shores, clear waters, and entire days beneath a warming sun. But for an unprecedented view, visit Vaadhoo, where the sea glitters like the sparkling night sky.

The condensed little island of Rasdhoo is lined with impeccable beaches, but the real sights are beneath its waters, if you’re willing to grab a snorkel and immerse yourself in some of the best views in Maldives. At Reethi Beach, kick your feet up at a spa after a day immersing yourself in marine life. A popular stop, Alimathaa, draws in those in search of untouched paradise as it unfolds an environment of island life and tropical tranquility.

Vilamendhoo, once uninhabited, has recently been touched by the luxury modern era, all while still maintaining its natural charm. On Nalaguraiadhoo, you’ll be greeted with an expertly prepared drink, excellent food, unbeatable hospitality, and pristine facilities. The petite island of Mirihi can give the meaning of luxury a run for its money, as the small island is known for its five-star resort complimented by its remarkably tropical setting.

A Dream Turned Reality: Set Sail on Your Private Luxury Charter to Maldives

No other place in the world comes as close to a definitive paradise than Maldives. A priceless necklace of atolls where each island is an integral, glorious jewel. It seems as if these stunning spots of paradise were crafted from a utopian dream. Each island is a thumbprint of tropical wonderment. Unique in their own rights, and every one worth the visit.

A charter navigating the chain of Maldivian islands is a holiday that most merely dream of. But why dream when you can make this epic journey a reality?

VIEW ALL YACHTS IN MALDIVES