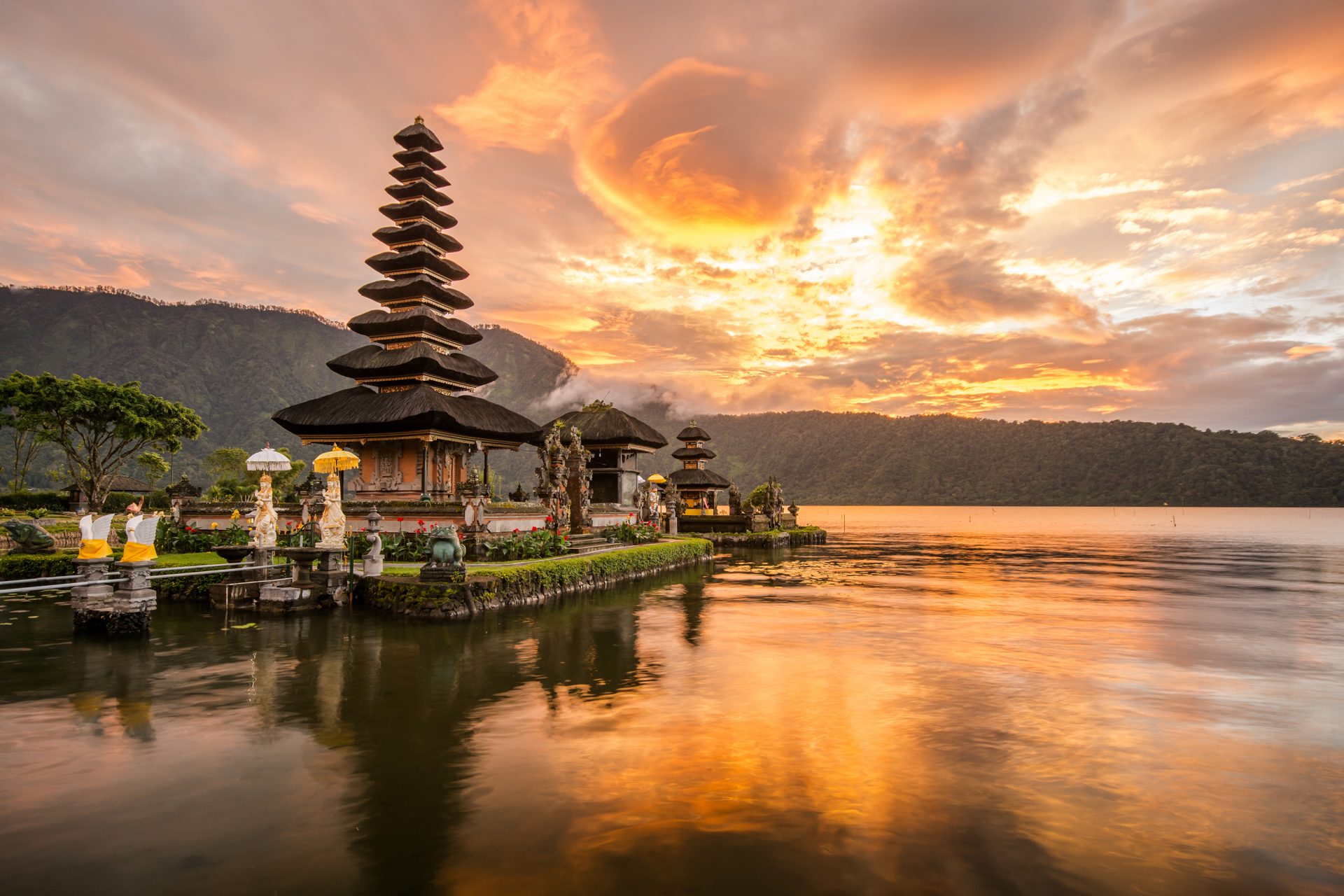 Charter a Yacht in Indonesia

Your Private Charter Through Indonesia

Welcome to the world’s largest island country: Indonesia. You’ve heard whispers of its natural beauty, of its volcanic islands, of its staggering cliffs that guard its coastlines, and of its forests and fields – ignited with vibrant colors of greens and yellows. It’s time to see Indonesia up close, delving into its cities and its countryside, so why not let a charter be your port of passage to this blossoming island country?

Indonesia claims the title of 4th most populous country in the world with over 261 million people and 300 different ethnic groups to compile a unique culture unlike anywhere else. Groups like the Javanese, Sudanese, and Batak bring their traditions to Indonesia through a melding of languages—and to the tables. Find elements of Middle Eastern, Indian, Chinese, and indigenous flavors melting together in the ever-changing landscape of Indonesian cuisine, as each region’s foods vastly different from the next.

Popular dishes like sate unite the nation, skewered meats seasoned and doused in sauce, nasi goreng, Indonesian fried rice that transforms any entrée, and gado-gado, a compiling of blanched vegetables, hard-boiled eggs, fried tofu, tempeh, and lontong, topped with a peanut sauce to tie together the flavors. Malaysian and Singaporean influences have crept their way into Indonesian dishes like sambal, a brightly flavored sauce of chilies, fish and shrimp paste, with hints of garlic and ginger, or tofu and tempeh, inspired from Javanese invention. Whatever style of food you dive into, you can expect the meal to balanced with steamed rice to round out the flavors, with sides aplenty of vegetables and soups, served family style, because in Indonesia, the delectable food always gathers families around the table.

Your indulgence on Indonesian cuisines will be rivaled by the sheer amount of sites to see and things to partake in. Indonesia has a plethora of remarkable temples: Borobudur Temple, Uluwatu Temple, Tanah Lot, Prambanan Temple, Taman Ayun Temple, Beskih Temple, Pura Tirta Empul—the list is extensive, but each temple presents stunning views, impressive architecture, and an aura of spirituality that clings to these sites.

Jakarta is the heartbeat of Indonesia. The nation’s thriving capital situated on the northwest coast of Java with over ten million people, Jakarta is bursting with political and economical influence and has a bit of everything.   Jakarta is metropolis with old roots dating back to its establishment in the 4th century as a major trading post, but in today’s world, the city is known as the seat of its national and provincial government.

Discover the epitome of Indonesian culture through Jakarta’s famed landmarks: Monas, the Merdeka Palace, the National Museum, the Istiqlal Mosque, the Jakarta Cathedral, and the Monumen Selamat Datang. Embark on a bike tour through West Jakarta, exploring the Old Jakarta district, familiarize yourself with the Betawi culture in South Jakarta at Setu Babakan, and join the frequent festivals and international events in Greater Jakarta, where dancing and traditions fill the streets.

In the wild brush of the Sacred Monkey Forest, you’ll find yourself amongst the native Balinese long tailed monkeys. Deep in the forest of Bali, over seven hundred monkeys frolic—their playground is the rich foliage and sacred temples within. The Sanctuary is a popular tourist stop, but more importantly, it’s a tranquil place flowing with a sense of spirituality, pulsing with Indonesia’s adoration of its diverse natural environments and respect to the wildlife that resides within it.

Stunning beaches line Indonesia’s coastline, stretching around its thousands of volcanic islands, offering themselves to explorers, tourists, locals, and beach-goers alike. The Gili Islands is lined with huts that present a perfect view of a sunset and the colors that softly brush the sky. The sea-immersed isle of Nusa Lembongan is the destination for classy hotels, boat tours, and snorkeling, and in the same vein is Seminyak with its luxury hotels, villas, and spas. But for a more urbanized beach stop, visit Legian, where the nightlife raves, the streets are flanked by boutiques and high-end shopping, and the beach awaits with surfing, swimming, and lounging beneath the sun.

For those looking to surround themselves in Indonesia’s sprawling nature, they can seek out the ultimate thrill by climbing Mount Batur, a volcanic mountain with trails guiding them to breathtaking summit views overlooking a shimmering lake at its base. Quaint villages are gathered nearby where friendly locals can point travelers in the direction of the best food in town. Mount Rinjani holds an even more advanced challenge for hiking enthusiast, as this giant active volcano requires multi-day hikes, rewarding those who finish with a beautiful view at the peak. As for Mount Agung, you’ll want to enjoy the view from further away, as the near-perfect conical volcano is very much active.

At Goa Gajah, colloquially called the Elephant Cave, you are witness to ancient carvings, intricate and mysterious, born out of the 9th century. Speaking of ancient, stop by the Komodo National Park to visit dragons—Komodo dragons, that is. Mangrove forests, savannah-like plains, and rich waters for marine life, Komodo National Park is a piece of Indonesian biodiversity. Bali Safari and Marine Park awaits for more wildlife adventure as elephants, rhinos, exotic birds, big cats, and camels roam this open-air zoo.

Indonesia has plenty of shopping hubs and spaces full of cultural intrigue. Jalan Malioboro, a bustling street with vendors, stalls, restaurants with al-fresco dining, is a must-see strip, the air full of the sweet smells of ethnic foods, music, and a mixture of hundreds of languages. Western travelers will be amazed at the many bathing complexes that are strewn throughout Indonesia like the revered Taman Sari, and expansive palaces like Tirta Gangga and the Palace of Yogyakarta.

Waterfalls, mountains, beaches, crater lakes, palaces, temples, forests, small towns to big cities–Indonesia has it all. The nation demands exploration, immersion, and intimacy through its endless diversity, historic sites, and sheer cultural explosion. And how to see it all? A luxury yacht charter.

Lady Arraya NOT FOR CHARTER

VIEW ALL YACHTS IN INDONESIA