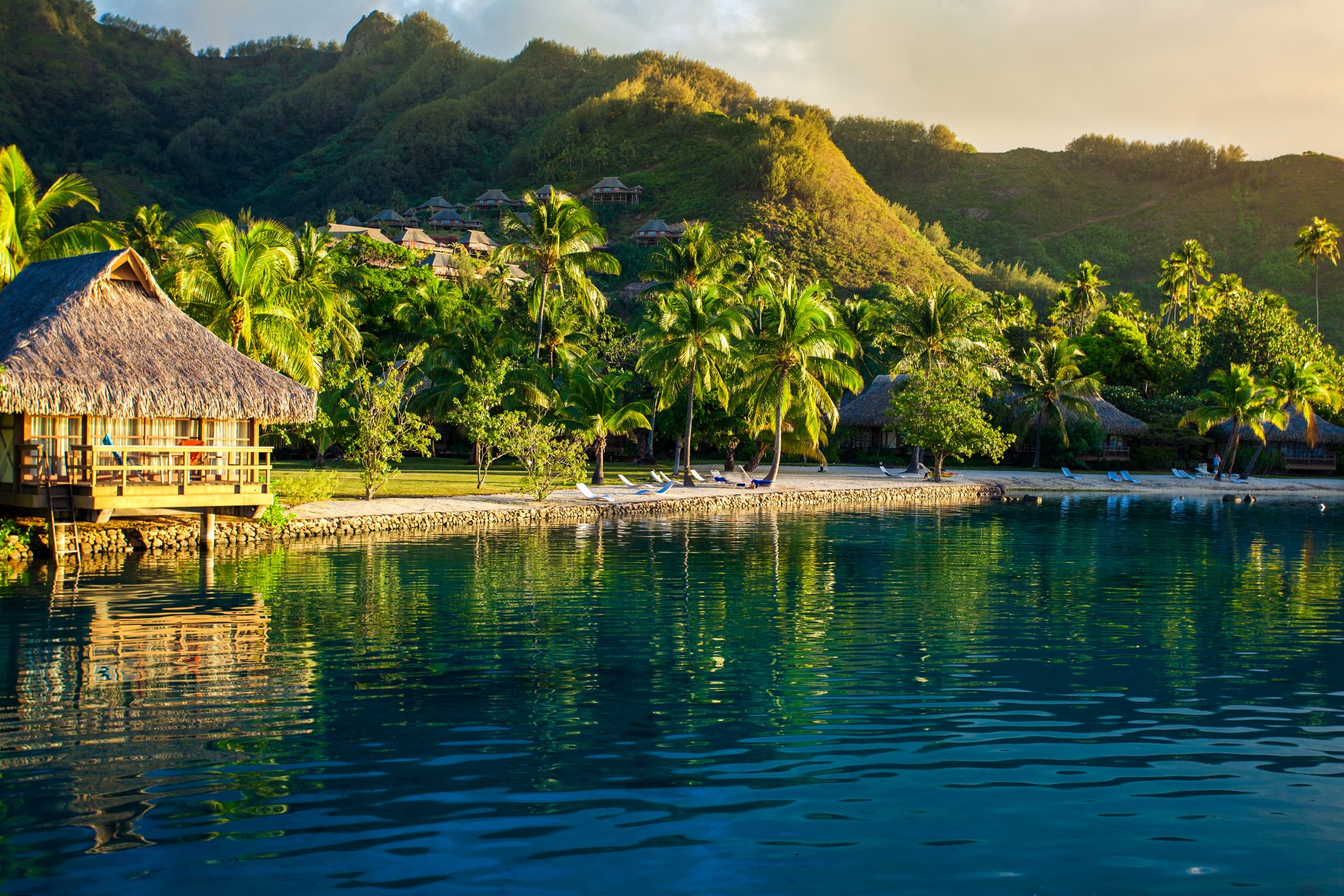 Charter a Yacht in French Polynesia

French Polynesia, with its expanse of islands scattered in the warm waters of the South Pacific Ocean, is seemingly made for charters. French Polynesia is a sprinkling of curious coves, peculiar atolls, utopian islands, and intriguing islets.

The islands, atolls, and cays that embody French Polynesia are like precious jewels strewn across the South Pacific. Swaying palm trees, bleach-white beaches, and waters as smooth as glass surround it. Each volcanic-formation-turned-island captures a piece of tropical paradise. A private yacht charter is not only the most desired method of travel, but arguably the most convenient means of exploring one uninhabited island to the next.

Despite being one of the last places on Earth to be settled by human beings, French Polynesia has quite the romantic beginnings, and it all began with the Great Polynesian Migration. It was around 1500 BC and the Austronesian people were on a journey guided by the stars themselves. The sea was ink-black but the skies above them were alight, glittering with millions of stars. The shimmering lights pointed the weary, sea-bound travelers towards the islands resting in the vast South Pacific Ocean.

It wasn’t until the 1500s when the legendary Portuguese explorer Ferdinand Magellan spotted the coral atoll, Puka-Puka. Afterwards, European explorers with allegiances to the competing Crowns began excitedly sighting the many uninhabited Polynesian islands quietly nestled in the South Pacific. As the story goes, with island countries intertwined with Europe’s hungry conquistadors, the control of Polynesia’s islands was shifted, grabbed, and bitterly squabbled over, finally falling into the hands of France as the sun set on the 1800s.

Eventually, a clearer picture was pieced together of the geography of these tropical atolls, cays, and islands, solidifying present-day Polynesia into 118 dispersed islands across 1,200 miles. Modern French Polynesia is divided into six archipelagos: the Marquesas Islands, the Society Islands, the Tuamotu Archipelago, the Gambier Islands, the Austral Islands, and the Bass Islands.

Bora Bora has made waves in tourism, so much so that tourism almost solely feeds its economy. Over-water bungalows stretch into ice-blue waters like stems sprouting from the island’s dove-white beaches. Snorkeling and scuba diving alongside docile sharks and friendly rays in the lagoons will fill the sun drenched says in Bora Bora, but off the beaten path one can find remnants of Bora Bora’s WWII history, where the United States implemented Operation Bobcat to use the island as a supply base. Noticeably magnificent stands Otemanu, the towering mountain drenched in dense forests, boasting a height of 1,135 feet above sea level.

Tahiti was born out of volcanic eruption and the result is something utterly unique—black sand beaches, looming mountains seated in rugged terrain, rivers rushing through thick rainforests, spilling into waterfalls. It is here where the capital of French Polynesia thrives, as well as worthy stops for any visitor: the Presidential palace, the Papeete Market. the town hall, the Cathedral of Notre Dame of Papeete, and Bougainville Park. Tahitian culture is rich, flourishing on the island in modern day. Dancers lose themselves in the world-famous otea, telling a story through the fast movement of hip shaking and the rustling of grass skirts. Play a game of Va’a, the Tahitian national sport, or jump into a pick-up game of rugby, football, or basketball.

Eleven miles northwest of Tahiti is the lush footprint of Mo’orea, ancient in its standing, with the watchful Mount Tohi’e’a at its heart. The north shore is suited with two symmetrical bays, an idyllic swimming and snorkeling spot, cradled by the peaks and stony cliffs that form the island. Wise and wild in its beauty, explorers can discover Mo’orea’s mysteries left by the original star-guided Polynesians from over 1,000 years ago in the ancient landmarks that grace the island. A ring of barrier reef embraces the island, as Charles Darwin once described it: “a picture in a frame.”

Maupiti: a sky-blue gem in the South Pacific, with two land formations encircling the top of its island-heart like crooked arms, as lagoons and coral islands complete the circle around Maupiti. The small coral atoll is bursting with beauty, radiating a feeling of tropical seclusion. This unspoiled piece of paradise holds mountain views, from welcoming guesthouses, trees that bear the bulbous, lime-green noni fruit, and artifacts from ancient Polynesians dating back to 850 AD.

Opunohu Bay and its glass waters can be found on the island of Moorea, Tahiti. Straight and narrow, the bay is often blessed with gentle winds that push sailboats through its waters. Then, there’s Tūpai, the small atoll whose mere 4.2 square miles draws a resemblance to a craggily shark tooth. The tiny island has no permanent residents, but offers much in the ways of sun-seekers and beach enthusiasts, with its land enveloped by broad coral reefs and sandy lagoons.

Guide your ship to Rimatara for untouched utopian beauty, then to Faarumai Waterfall for a display of power-meets-water, and towards Motu One, a semi-circle of land hugging a warm lagoon. Sail to Piti Aau, an island in the Bora Bora Group, where waters are bright blue-green, like spa waters. Tread towards Mont Aorai on Tahiti for 6,700 staggering feet of hiking trails its volcanic peak covered in forests, rewarding climbers with breathtaking summit views. For less of a climb without sacrificing the scenery, set onward to Point Venus Lighthouse, built in the 19th century.

Charter to one atoll to the next, because you’ll find that in French Polynesia, the small, volcanically created cays and islands are as ancient as the reefs embracing them, opening themselves up to sea-worthy travelers like sun drenched blossoms, stretching petals of their land between sandy lagoons and azure waters.

At night, the skies shift from pale blue to chasmic black, as stars dazzle and dance like ornaments, free from city lights—the same stars that once guided the original Polynesians long ago. There is stunning beauty, day and night, two vastly different sides of the same coin, something that Polynesians discovered thousands of years ago and still remains true in these scattered, floating lands in our modern day.

VIEW ALL YACHTS IN FRENCH POLYNESIA