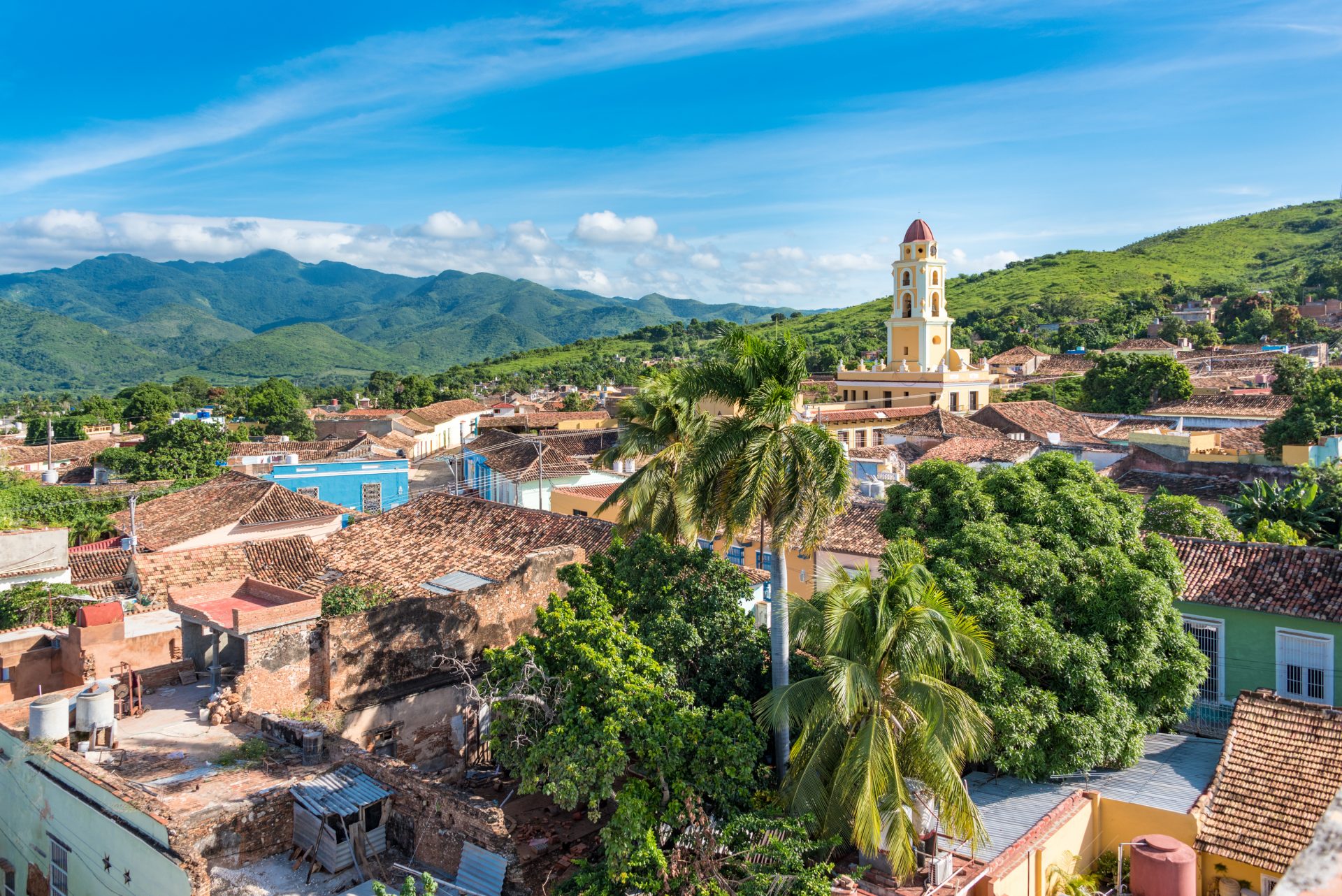 Charter a Yacht in Cuba

Steamy, hot, exciting—Cuba is carved from cultures coming together. Cuban food and drinks are enough to entice any traveler to its tropical lands, so stay for the cuisine, but come back for nature so perfect, you’ll have to return to believe it’s real.

Nature, here, has graced the lands with the crystal waves of the Caribbean, shores as white as the sugar it grows, rolling plains and mountains of majesty. Archipelagos encircle the country, attracting yachting enthusiasts worldwide, including the Isla de la Juventud, the second-largest Cuban island.

Cuba has played host to tourists for years. In the time between 1915 and 1930, Havana saw more tourists than any other spot in the Caribbean. When the United States was in the throes of its restrictive prohibition era, Havana opens its bar doors, lit its cigars, and invited its guests to do the same.

The sentiment in Cuba’s capital and largest city still remains the same, to this day. Havana is not just a party—it’s a celebration. Divided into what can essentially be categorized into three cities – Old Havana, Vedado, and the new suburbs, each has its own unique personality, brought to life by the proud people who inhabit them.

The Malecón in Old Havana promises excellent views through the course of its stretch alongside the northern shore of the town to the thundering Almendares River. Castillo del Morro is carved into the white stone cliffs, overlooking the deep waters and guarding the entrance to Havana bay since the 1700s. And Cuba protected itself well—there’s San Salvador de la Punta Fortress opposite to the El Morro, predating it by nearly two hundred years, the La Cabaña fortress on the east side of the bay, and by far the most impressive. 18th-cetury walls stand defiantly, surrounding what is now a historical park with pristine, well-manicured grounds.

Set foot on Old Havana’s famous promenade: Paseo del Prado. Its wide walkway is mantled with beautiful geometrical designs beneath a canopy of lush, statuesque trees, flanked by intricately crafted buildings. Architecture in Old Havana is at its finest, prime examples being Catedral de San Cristóbal. It sits in its holy glory on its own plaza, twinned by elaborate towers and cloaked in ornate carvings. Simpler, yet still as beautiful, is San Francisco de la Habana Basilica, a basilica and monastery perfectly restored, a testament to not only God, but to the skilled architects at the end of the sixteenth century.

The Great Theater of Havana will undoubtedly have performances, arts, and concerts. Pursue Cuba’s revolutionary history at the Museum of Revolution located appropriately in the former Presidential Palace, and make a point to stop by Plaza de Armas, the main square with its own history serving as host to ceremonies and military events alike. See the brilliant minds of Cuba at work in the Museum of Fine Arts, followed by a pit stop at Floridita Bar, the historic fish and cocktail joint at the end of Bishop Street, famous for serving none other than Ernest Hemingway (you’ll want their mojito to toast his memory).

Vedado may be Havana’s more modern face, but there are plenty of historic sites that fill its boundaries. Colon Cemetery sits in solidarity, and while the grounds are quiet, the monuments that stand within its embellished gates speak in marbled words that their other co-inhabitants cannot. The John Lennon Park pays tribute to the late artist with more than his sitting statue, but in the peaceful piece of land carved out of a bustling city, seemingly just for the dreamers. As you walk the urbanized streets of Vedado, swing by Coppelia, the state-run ice cream parlor chain where its modernist building represents more than ice cream—Coppelia is the brain child of Fidel Castro, whose love of dairy products is the driving force behind the present-day industry.

Outside of Havana is Cuba’s bounty of land, valleys, beaches, and coastal niches. Viñales Valley is a million shades of green, blessed with tobacco, secret caves, and limestone cliffs called mogotes, resembling the backs of sleeping giants. In Cienfuegos, visit its churches with impeccable stained glass, its dolphins and sea lions mingling in its perfect waters, or stop by the botanical gardens, where Cuban pride blooms in the form of flowers.

There’s Santa Clara, home to Che Guevara Mausoleum and implanted with numerous parks to offer its travelers shade under the hot Cuban sun. For utter perfection, verging on surrealism, visit Cayo Coco, Cuba’s island famous for pearl white beaches dotted with bright pink flamingos. There’s Cayo Largo del Sur, Cayo Guillermo, and Baracoa to match your enthusiasm in snorkeling, sand as white as napkins, and turquoise waters. Camagüey and Guardalavaca have a little of everything—history, museums, churches, cathedrals—all under skies as blue as the waters.

Celebrate with a Cuban Luxury Charter

Everything you’ve heard about Cuba is true. The food is revolutionary, the people have a lust for life, and the landscapes are a gift that ties it all together. You’ll embark on a charter to visit Cuba, sure, but you’ll leave with a celebration in your heart shared by locals to those who truly immerse themselves in the Cuban way.

VIEW ALL YACHTS IN CUBA